Rashid to play in 1st Test V India, despite all the furore

Pietersen felt the weight of the world after joining IPL

The build up to the 1st Test match between England and India starting at Edgbaston this Wednesday continues to be overshadowed by the debate around Adil Rashid’s selection, with Geoffrey Boycott the latest to give us his opinion on the matter.

In his regular Telegraph Sport column, Boycott has labelled Rashid a spoilt brat, who should never have been handed a Test recall. This is on top of criticism from the likes of Michael Vaughan who has already become embroiled in a war of words with Rashid, and criticism from the likes of Nasser Hussain, and even from his own county side, Yorkshire.

In fairness and in defence of Rashid, I think Boycott’s criticism is more of the spinners decision not to play red ball cricket for Yorkshire, as who can blame him for accepting the call up? By all means criticise Rashid for not playing against Lancashire in the recent Roses match, but not for getting called up for England. What was Rashid supposed to do, turn it down? 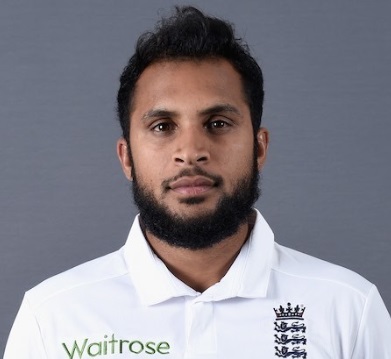 Rashid in his England cricket whites.

I can see the point of view the likes of Vaughan and Hussain have about county cricket, as I can totally see why it looks like a kick in the teeth for the likes of Jack Leach. Another way to look at it though, is that Ed Smith and the England selectors think that Rashid looks the best bet, and surely that is more of a damning indictment on County cricket, which we can’t blame Rashid for.

After all, Adil did say when he went onto a white ball only contract that there seemed little point in playing red ball cricket as he would hardly at the start of the season, and that he would re-evaluate the decision later in the year.

It seems to me that the two issues are becoming mixed up, and are starting to overlap. It seems harsh to criticise him for playing for England, but fair game to criticise him for not playing red ball county cricket. They are surely two separate issues though, that are wrongly being mixed into one at the moment.

Rashid has been picked for England now, and all of this hype is overshadowing things, and is possibly putting no end of pressure on him. I think the time has come to get off his back, and let him get on with playing.