Should England include Jofra Archer in world cup squad

Are the Stars finally set to shine in the Big Bash League?

Michael Vaughan names his Top 5 Batsmen of the 2020 IPL

Table of Contents show
1 Archer Has T20 Pedigree, But Not Much 50 Over Experience
2 International Sport Is A Hard Brutal Place
3 Difficult Decision For Selectors

With the cricket world cup just over a month away now, should England include Jofra Archer in their world cup squad?

There is still uncertainty as too who will be in England’s final 15, and most of the talk is over the proposed inclusion of Archer.

Despite regularly getting reported as an opportunity to strengthen the England team, could the availability of Archer actually be a negative one in the short term?

At the moment, Betfair, arguably the best of the cricket betting exchange sites have England at 3.55, a touch over 5/2.

So despite all the so-called issues for Morgan’s team, they are still strong favourites to lift their first 50 Over world cup.

Archer Has T20 Pedigree, But Not Much 50 Over Experience 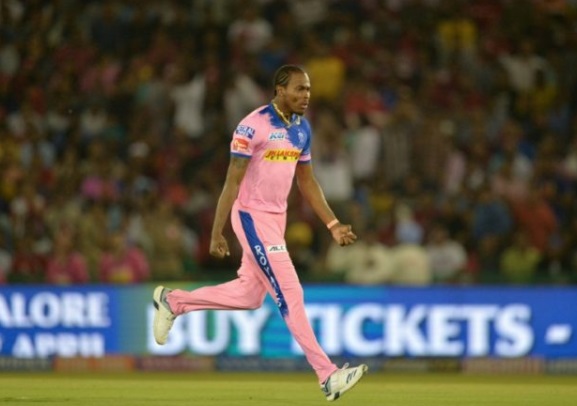 Jofra Archer in action for his 2019 IPL side, Rajasthan Royals

Although Archer is clearly a red hot T20 player, he has limited experience in 50 Over cricket. He has played only 14 matches at this format.

Could bringing him into the World Cup squad at this late stage be a positive or a negative? After 2 years of steady preparations, England want to get this right. They do not need to upset a settled squad at this stage.

We have already seen the untimely departure of Paul Farbrace. There are injuries to squad players, and key players are suffering from losses of form. Then we have the latest problems with Alex Hales. So the last thing England need is disharmony over Archer’s inclusion.

Recent comments from David Willey, Mark Wood, and Chris Woakes have hardly been positive. The former two are maybe worried about their own places.

I did actually hear the full transcript of the Woakes interview, and his comments were no where near as controversial as they were reported. Woakes also has no personal axe to grind, as unless injured, the Warwickshire man’s place in the squad is ensured.

My view of the situation is that international sport is a hard, brutal place. There is no room for sentiment. That said, can you put a price on team harmony?

The selectors have got to see how Archer performs against Ireland and Pakistan. I think they have called it right. In naming the 15 they have, they’ve remained loyal to the guys who have got them here, but have given Archer the opportunity to prove himself.

As eluded to above, he is red hot at T20, but unproven at 50 Over cricket. He has played just 14 list A matches.

The England squad are professionals, and – hopefully – realists. If Archer out performs them all in the series against Ireland and Pakistan, and makes it impossible to leave him out, they will just have to accept it.

If Archer is that good, then no one can moan. The ball is on Archer’s side of the court. It’s up to him to perform.

Might it upset the harmony? Maybe a bit, I’m sure it will cause a ripple. But these are a mature bunch of guys who can surely weigh up the positives and negatives of a situation.

In an ideal world Archer wouldn’t have become available for England until after the world cup. This would have enabled England to move on the players not likely to be around in 4 years for the next World Cup, and start rebuilding with the likes of Archer.

Players such as Eoin Morgan, Liam Plunkett, etc, the guys who won’t be around in 4 years. They could have started under a new captain, and rebuilt the side within the natural world cup cycle.

With the changes to the residency qualifying period, this isn’t the case. Jofra Archer is available for the world cup now, and the selectors can’t ignore that.

It seems odd that the residency rules were conveniently changed when they were. It doesn’t sound like much of a coincidence to me. This now gives the selectors a decision to make.

In an ideal world, his performances against Ireland and Pakistan will make the world cup squad decision an easy one.

Pietersen felt the weight of the world after joining IPL