How is England’s World Cup Squad Shaping up?

This year, the 2020 T20 World Cup is set to go ahead in Australia from October. Interestingly, it’s possible that England’s squad has already been decided.

For the first time in their history, England have the chance to become double World Champions. Having claimed the 50-over crown in dramatic circumstances in July 2019, Eoin Morgan’s side will be confident of adding the 20-over title to the trophy cabinet. England’s limited-overs squads have been transformed since a disappointing 50-over campaign in 2015 and, having already won this title back in 2010, they will have plenty of support this year.

The sportsbooks aren’t entirely convinced: If we take a look at the current cricket betting odds from bet365, England are available at 9/2 and that puts Morgan’s side behind favourites India and hosts Australia. The T20 format does, however, remain as the most unpredictable area of the game so can this English squad convert at those odds? 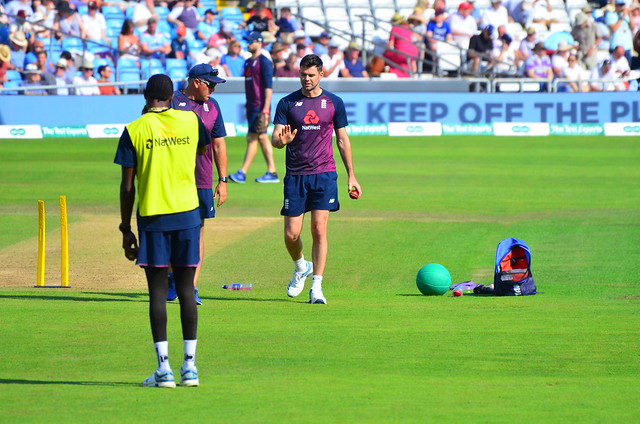 “James Anderson in conversation with Engl” (CC BY 2.0) by Ben Sutherland

They say it’s a batsman’s game but much of England’s recent success, in all forms of cricket, has been down to the bowlers. More specifically, the hostility of pace duo Jofra Archer and Mark Wood was highly influential through all stages of the 50-over World Cup on home soil.

The pair will hopefully maintain that role in the T20 tournament but Wood’s injury-prone body has succumbed again. Archer has also spent time in the treatment room after pulling out of England’s tour of South Africa and England’s selectors will be anxious for these two to be at 100% fitness by October.

The seam attack is likely to be completed by Chris Woakes and Ben Stokes while Moeen Ali, Matt Parkison and Adil Rashid will be among those aiming for the spinner’s berths. 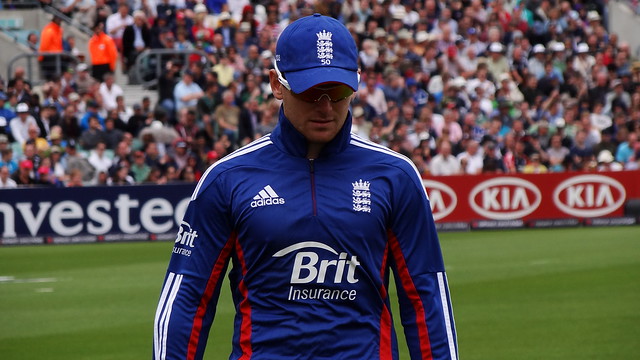 “Eoin Morgan of England” (CC BY 2.0) by Ben Sutherland

Don’t expect too many changes from the top order that played across most of the 50-over tournament last year. The one real question concerns test captain Joe Root who can fulfil a holding role in the longer format of the limited-overs game, as he won’t have the luxury of time in T20.

Having been left out of the 2019 World Cup for issues away from the cricket field, Alex Hales has been scoring heavily in Australia’s Big Bash and in the PSL. Could that weight of runs force the selectors to bring the opener back into the fold or will those questions over trust force a continued exclusion?

With Captain Morgan, Jason Roy, Jonny Bairstow, Dawid Malan, Jos Buttler, Tom Banton and Ben Stokes, England have a formidable T20 batting line up but their hopes of converting at that 9/2 price could depend on the fitness of their twin pace spearhead.